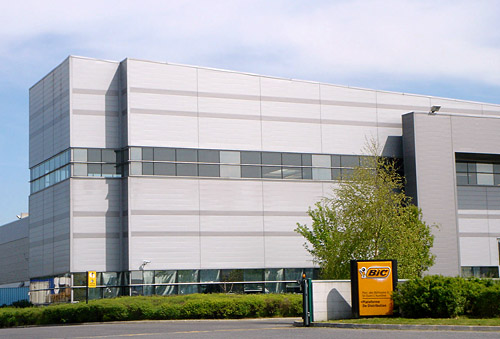 Val d'Oise is home to a range of complementary industries and other business activities, based in a variety of established and emerging centers.

Opening of the A 16 motorway has fueled rapid growth in industrial areas along the RN1 highway between Deuil-la-Barre, Domont and Montsoult, close to attractive town centers.
Persan-Beaumont, with its rich industrial tradition, is a source of balance for economic life in the northwest of département, not only through its established metallurgy businesses but also through a variety of advanced technology companies.

Sites along the Seine near Argenteuil-Bezons, Cormeilles, Herblay and La Frette are ideally located, offering rapid access to Paris and La Défense. Argenteuil-Bezons is home to aerospace, mechanical engineering and a variety of high-tech companies, as well as fine chemicals and plastics processing operations. The new Seinergie business park, served by a major motorway, confirms the sucess of earlier ventures that include "Harmoniques", "Algorithmes" and "Thales".

The Montmorency valley is best known as a prime residential area, but it also the site for numerous smaller businesses involved in advanced technology sectors, many of them sub-contractors to the mechanical engineering, plastics and electronics industries. Plans for larger industrial areas in the west of the valley with bolster the département's position as a base for services and offices.

Reflecting the dynamism of recent years, Val d'Oise now boasts a diversified range of office facilities. In the last two years alone, work on 100.000 sq. m. of new office space has got underway, with the focus of development now expanding beyond the Cergy-Pontoise area into the Vallée de Montmorency and other areas: renovation and new construction are reshaping economic life in Vald'Oise.The east of the département, with its vigourous economy underpinned by the Roissy Charles de Gaulle airport, the TGV ( SNCF high speed train), and the RER express rail link to Paris, has drawn particular attention from real-estate promoters, investors ansconsultants, and this is reflected in the number of offices and technology or business parks. Established centers like Roissy , Sarcelles, Garges-les-Gonnesse, Gonesse, Goussainville and Louvres will soon be joined by others such as Saint-Witz and Vémars -testifying to the département's appeal in terms of geographical position, proximity to Paris and pricing.

While the overwhelming majority of business in Val d'Oise are small to medium-sized, larger corporations are by no means absent and play a key role in local economic life.

Many major French and international companies (including U.S companies ) have set up in Val d'Oise, notably in the Cergy-Pontoise town, the industrial area around Argenteuil and in the vicinity of Roissy CDG airport. Among them are 3M, Imation , Spie Batignolles, BP, Johnson, General Motors, Dassault, Goodrich, Câbles de Lyon, Sagem, Delphi, Thales, Brother, Pionneer, Amec-Spie and Sharp. Such companies are important sub-contractors to many of the smaller companies which account for the bulk of production in the Val d'Oise. These cover a wide range of activities, with a particular emphasis on technology-based industries such as computer hardware, industrial equipment, biotechs, and electronics.

To take just one example, the Val d'Oise produces more industrial robots than any other département in France.In the last thirty years, industry's move away from Paris, first to the immediate outskirts and later to outlying suburbs, has fueled the creation of no fewer than 86 industrial areas covering over 10.000 acres for the city or Paris. Cergy-Pontoise and Roissy CDG airport remain the largest such areas, but 17 others employ more than 1.000 people each.

"Val d'Oise has created 70.000 new jobs since 1990 -the swifest rise for any departement in Ile-de-France- and currently counts over 350.000 private sector employees. While industry is a net source of job creation, growth has been fastest in services, especially engineering, consultancy and insurance. The 8.000 new jobs created recently were mostly in the heartland of the Val d'Oise, further strenghtening its role as a coherent economic whole fueling activity across the board. 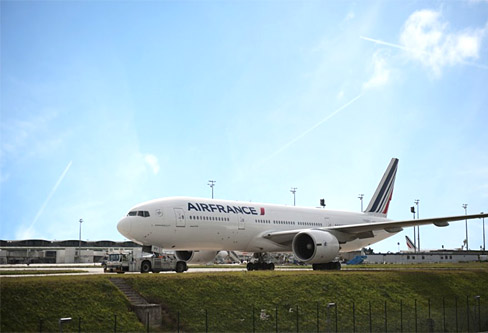