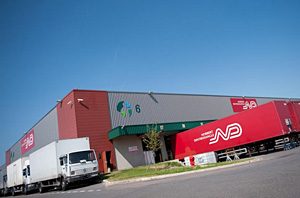 While the Val d'Oise department's economic fabric is largely composed of small and medium sized firms and companies, it also accommodates many large firms that have an essential role in its economic dynamics

Large companies are major contractors and work with a dense, diversified network of sub-contractors. But a large part of the Val d'Oise department's industrial production is generated by many medium-size size companies.

Since 1990 the department has created over 100,000 salaried jobs, one of France's best performances in terms of growth. In 2004, the Val d'Oise department was ranked among top French departments in terms of growth in the number of salaried jobs. While jobs increase more rapidly in tertiary economic activity sectors, the depart-ment is more resistant to the deindustrialisation phenomenon affecting the Ile-de-France region.